William Shearburn Gallery is pleased to announce an exhibition of recent work by Joseph Havel. The exhibition will open with a reception for the artist on Friday, May 16th from 6 to 8 pm and continue through June 21st, 2008. Joseph Havel likes the physical facts of sculpture. Dispensing with the glut of imagery from various media in the world, Havel chooses images and shapes from his own life as a way to organize the formal elements of his sculptural works. In Havel’s sculptures, objects such as buttons, shirt labels, shirts and bed sheets appear as a means to make his works accessible to a broader audience. He uses sculptures as the most recognizable sign of art while introducing installation elements that reflect a new artistic thought. Havel is interested in how people define sculpture and how three dimensional information is constructed and manifested publicly. Havel’s works have nothing to do with action or theories. In the frozen time frames of the works, viewers can ponder the stillness of the situations they confront. The exhibition consists of recent label pieces and a new series of cast bronze bed sheets.

Joseph Havel lives and works in Houston, Texas. He received his B.F.A. from Pennsylvania State University and a M.F.A. from the University of Minnesota. He is the director of the well-known Glassell School in Houston, which is affiliated with the Houston Museum of Fine Arts. Havel’s work has been exhibited extensively in Europe and in the United States, including at the Whitney Biennial 2000. 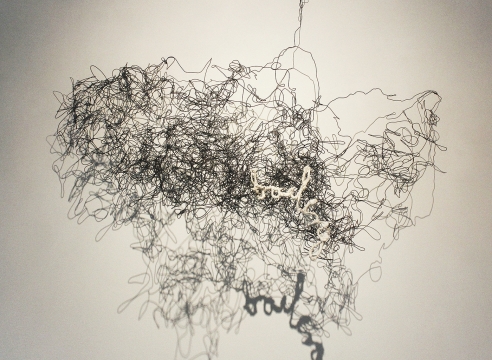