William Shearburn Gallery is pleased to announce an exhibition of the works of Bernar Venet, opening on September 8 and continuing through October 14, 2006.  On view will be Venet’s recent work, which will feature the artist’s drawings and prints, as well as large and small-scale sculpture.

Bernar Venet is an internationally recognized conceptual artist and sculptor. His works can be found in major museums and private collections throughout the world.  Venet, born in France in 1941, became fascinated with American formalism early on in his artistic career. He set out to reduce art to a purely formal concept.  Over the last decades, Venet has been basing his work on the concept of the line. Coupled with inspiration from mathematical theories and scientific formulas, these works represent recurring themes in Venet’s work—arcs, angles, diagonals, and indeterminate lines.

The exhibition will open with a reception for the artist on Friday, September 8th, from 6 to 8 pm.  For further information, please contact the gallery.

This exhibition is in conjunction with a traveling show of large-scale sculpture currently on view in Forest Park through 2006. This traveling exhibition comes to St. Louis after stops in Miami, New York, Paris, Hong Kong, and Brazil. 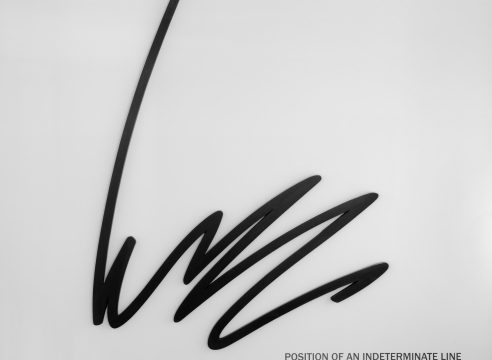